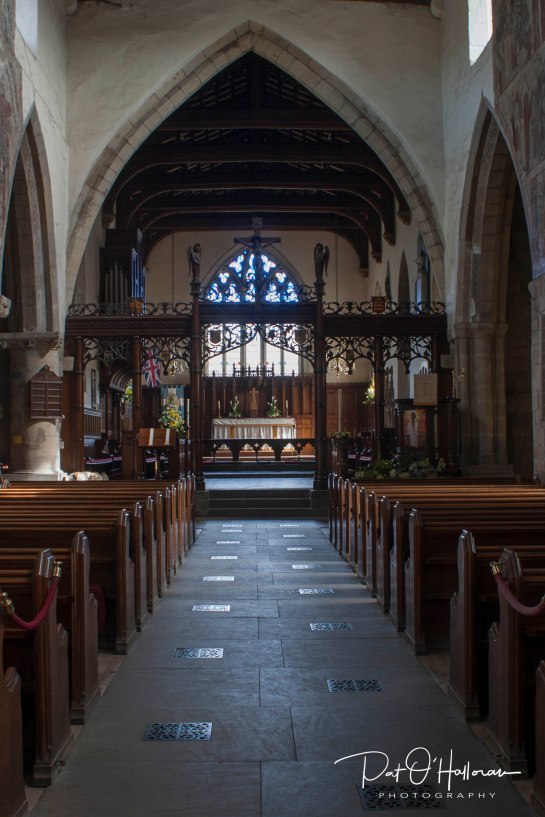 There has been a church on the rise at the top of the market place for a very long time. It was probably first built by the Saxons though little evidence of that still remains – the top part of the font probably comes from that time and a carved cross shaft is also from the same period. Like most churches it was added to, rebuilt, ‘modernised’ and pulled around over the years until we have what we see today. Some of these alterations were needed, for example, when the tower collapsed around 1200 destroying part of the church. Others were, in my opinion, unnecessary tinkering which did nothing to improve the building. I have a particular dislike for most of the ‘improvements’ the Victorians imposed upon our churches.

Around 1450 this fine church commissioned a series of wall paintings, paintings in fine colour decorating the north and south walls of the nave above the arches and around the clerestory. A hundred years or so later, with the coming of the Reformation, these were covered over with plaster. There they remained, forgotten about, until 1852 when they were discovered during restoration work. Despite the wonder the paintings aroused at that time they were again covered as the vicar at the time didn’t like them: out came the whitewash brush. Thankfully, the vicar of 1876 decided to once again uncover them for all to see and since that time they have been on display to anyone entering the church, they have had some restoration over the years. 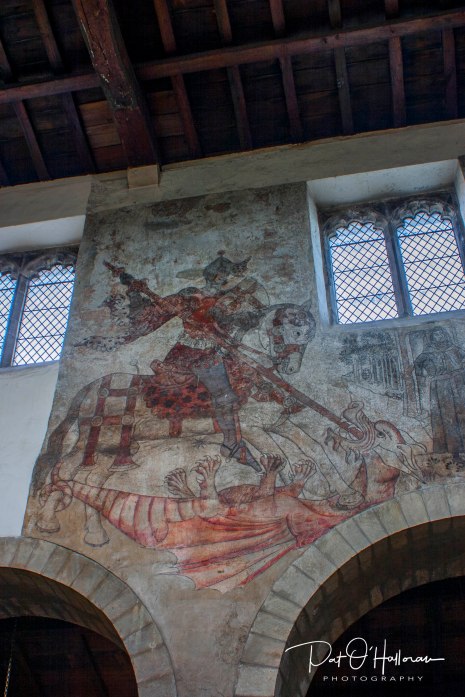 One of the most dramatic paintings is immediately to view on entering the church by the south door. Here you will see St George, mounted on his horse and wielding a lance, killing the dragon. 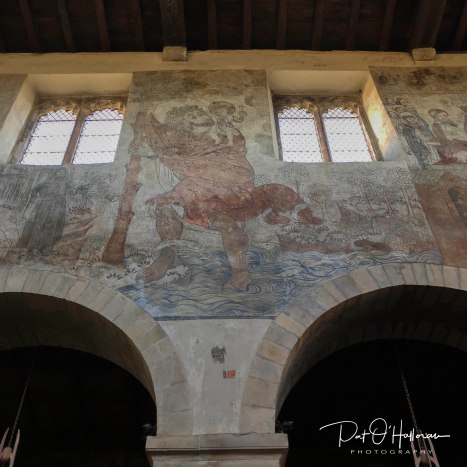 Next to St George is St Christopher, carrying the Christ-child on his left shoulder as he wades through serpents and sea monsters towards an Abbot lighting his way. 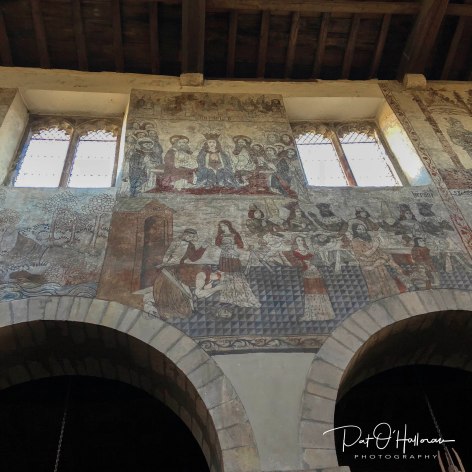 The beheading of John the Baptist is the subject of the next painting. In fact it is a series of paintings in one as John is seen kneeling, headless, on the left while his head appears on the salver in the centre and on the right he is a very much alive figure talking to King Herod.

The scene above this image is the Coronation of the Virgin Mary. 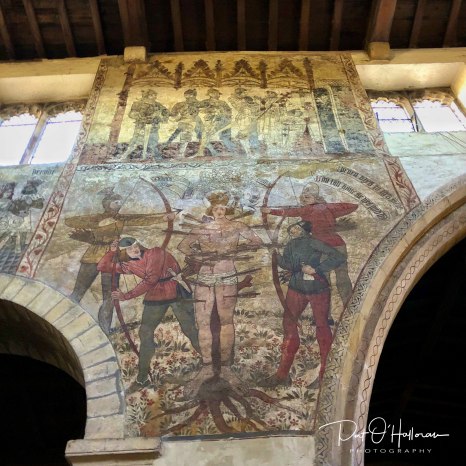 The martyrdom of St Edmund is next for viewing, he was killed by the Vikings for refusing to renounce his religion.

The scene at the top is the martyrdom of St Thomas Becket. 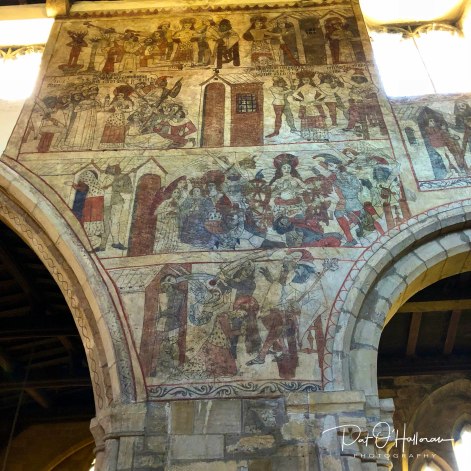 On the south wall opposite the martyrdom scenes is the story of St Catherine, of the wheel fame. You can make out the wheel just below centre of the photograph. 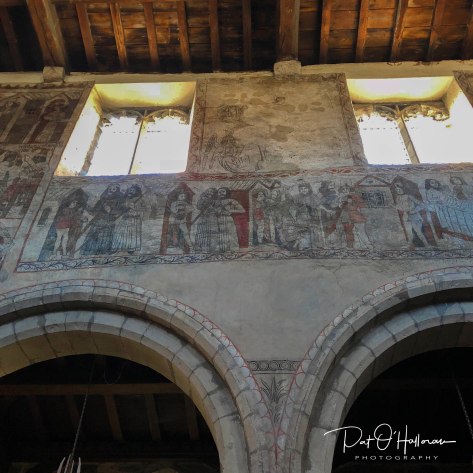 The next photograph shows the seven Corporal Acts of Mercy.

You can actually only see six on this picture but the seventh (To bury the dead) is on the left of the next photograph. 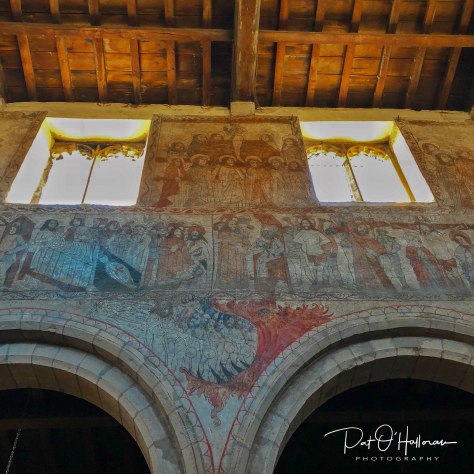 Here, after the seventh act of mercy, is the Passion and Crucifixion of Christ (up to the crucifixion itself). Below is the descent into hell. The image between the clerestory windows depicts the burial of Mary. 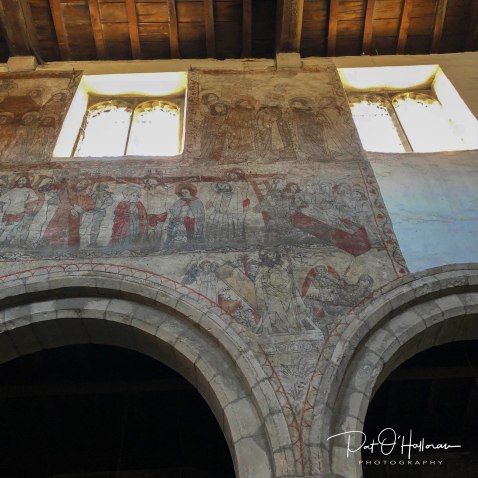 The final picture I have of the paintings shows the descent from the cross and the burial of Jesus above an image of Christs’ resurrection. The upper image is probable Mary’s Assumption. 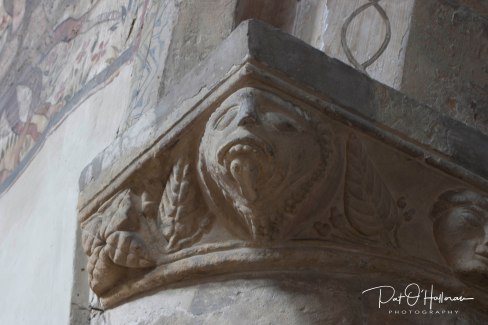 The church has some fine carvings and monuments too such as this grotesque on a capital and the tomb of Sir William Bruce, below. 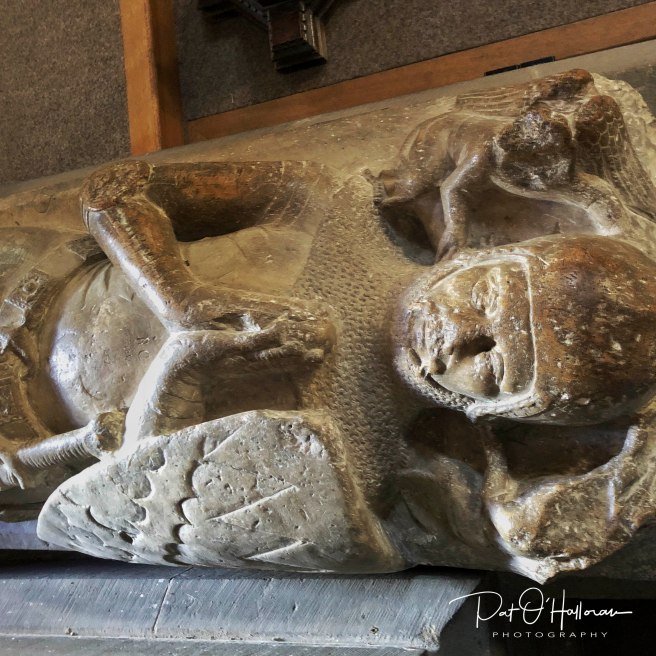 A walk around the church will reveal many other pieces of carved stone built into the fabric of the church such as this interesting collection to the west of the south door. 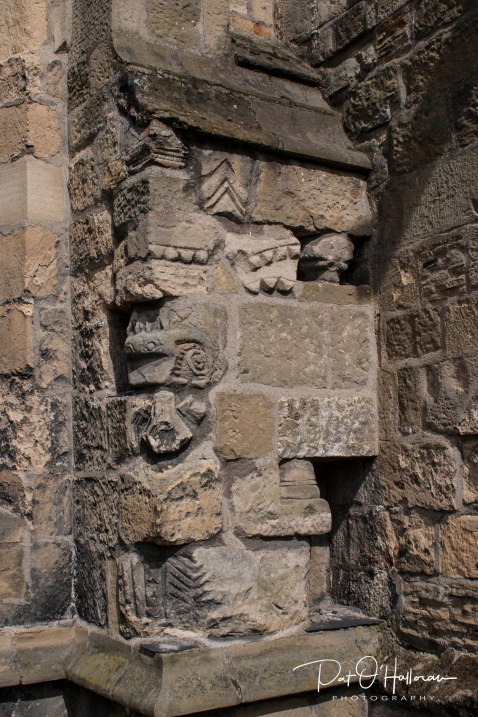 In Pickering we have a church well worth visiting regardless of your religious beliefs.

View all posts by sealdriver

This site uses Akismet to reduce spam. Learn how your comment data is processed.

The smell of water

Dark and True and Tender is the North

The official blog for the North York Moors National Park

The North York Moors – forged by nature, shaped by generations. Come and explore our National Park - 554 square miles of secluded dales, magical moors, ancient woodland, historic sites and 26 miles of stunning coastline, all easily reached from York, Teesside and County Durham. Read about our work here, and then pay us a visit!

Hayley is a Ghost

The latest news on WordPress.com and the WordPress community.